How shooting black and white can improve your photography

In some ways, the rise of color photography has interfered with our ability to see the essential elements of a scene. When a scene we want to photograph is composed of dominant colors, we often only focus on the colors rather than the way that the interplay of light and shadow in the scene creates a compelling story. Because black and white photos only record the luminance of a scene and not the color values, they highlight shapes, textures, tones, light, and shadow. If you are used to shooting in color, you might find that the switch to black and white trains your eye to see shapes, textures, and tones better without the distraction of color. When you switch back to color, you may find that your ability to focus on other key aspects of a scene has improved.

HOW TO EFFECTIVELY PHOTOGRAPH IN BLACK AND WHITE

If you are interested in shooting in black and white to improve your photography, here are some tips to get the most out of the experience: Contrast: In digital photography, we are often advised to make sure that we don?t include too many completely black or white sections in our final photos. Because black and white photos record the luminance of a scene, contrast is a key element of an effective photo. Don't be afraid to incorporate large areas of pure blacks and whites in your photos. Take advantage of contrast to tell a story and highlight textures, patterns, and shapes. Use Flash without Fear: For some photographers, the idea of using flash is a distinct no-no! In black and white photography, using a flash can actually lift out the details in a photo and enhance contrast in key areas of a subject. It is especially useful for portraits, where the flash can really emphasize facial features and textures. Many street photographers prefer to shoot in black and white, even with their digital cameras, so that they can focus on using light, shadow, texture, and contrast to tell a compelling story. Even landscape photographers can find great value in black and white because it enhances the organic textures of the natural landscape.

Many small consumer cameras and certainly all current DSLR and mirrorless cameras include a Black and White or Monochrome image option. Unlike the black and white films of the past, the software in modern digital cameras converts a color image to a black and white JPG in-camera for preview even if you shoot raw. This will allow the photographer to view a preview in black and white on the LCD screen. This preview is certainly useful for training the photographic eye and providing instant feedback. Even if you are shooting in color, you can still convert your photos to black and white during post-processing. Many raw processing programs, including Adobe Lightroom, include a Black and White conversion option. In cases like this, it is always best to alter the saturation of colors and the exposure before black and white conversion. When the photo has been converted to black and white, alter the contrast, micro-contrast, and black and white levels to enhance patterns, textures, and light and shadow to tell a compelling story.

THE BLACK AND WHITE EXPERIENCE

If you have never tried shooting in black and white before, you will find that it can improve your photographic eye by allowing you to focus on important aspects of a scene, including light, tone, texture, pattern, and contrast. This will strengthen your ability to tell a compelling visual story under any circumstances!

Profoto announces the light that will change everything: A small portable studio quality strobe for smartphones.

Why you should be shooting RAW

If you are serious about your photography, you should be shooting in raw. We'll tell you why!

Add dramatic contrast and depth to your photos with perfect rim lights. 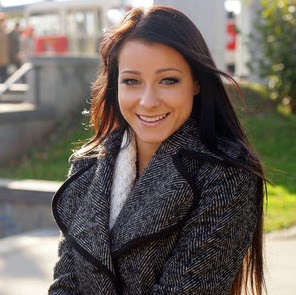 How to take Photos for a Food Blog on your mobile